We would like to offer our sincere support to anyone coping with grief. Enter your email below for our complimentary daily grief messages. Messages run for up to one year and you can stop at any time. Your email will not be used for any other purpose.

Share a memory
Obituary & Services
Tribute Wall
Read more about the life story of Stanley and share your memory.

Stanley Gene VanMeter was born June 6th 1946. He passed away on Friday September 16th 2022 at Brodstone Healthcare in Superior, Nebraska at the age of 76.

As a child, Stan grew up on a farm near Lovewell, Ks. He attended Lovewell grade school and graduated from Republic High School in 1965. Stan married his high school sweetheart Maxine Meggitt on March 16th, 1965. To this union they had 4 sons. Brad and wife Tobie of LaCyne, Ks. Bryan and wife Paula of Courtland, Ks. Brent and wife Arlene of Concordia, Ks. Blaine and wife Melissa of Petersburg, TX.

Brothers and sister of Stan

Carrie May and husband Augustus

When Stan was younger he loved sports especially football and track. In 1964 Stan was a part of the mile relay team at the State track meet in Manhattan, Ks. His mile relay team took the Gold Medal.

After high school, Stan and Maxine lived on a farm west of Republic for 20 years. Stan farmed and was a dairyman.  Stan loved to hunt, fish, and trap and enjoyed doing this with his sons.

In 1988 Stan and Maxine moved to Concordia, Ks.  Stan spent the next 17 years working at Concordia Auto Mart for Charlie Bowers. He built a 6 bay shop for the Auto Mart and then he built the new building used for offices and a sales lot at the corner of Hwy 81 and 6th St in Concordia.

In 1990 Stan began developing Brome Ridge RV Park south of Concordia.  He was very proud of his accomplishment and truly enjoyed visiting with camp visitors. He Later sold it due to failing health.

In 2018 Stan retired and they moved back to his home town of Courtland, Ks. to be near his sons when his health began to fail.

Stan was still able to fish with his brother Ed which was something he truly enjoyed. Stan's brother Lindsey who lived in California for several years moved back home within the last year and Stan treasured all their time together. He looked forward to daily visits and phone calls from his brothers; they were his best friends. Stan had nearby neighbors and friends who frequently stopped to visit and it always boosted his spirit.

To send flowers to the family or plant a tree in memory of Stanley Gene VanMeter, please visit our floral store. 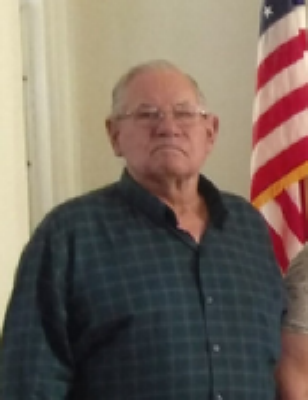 Look inside to read what others
have shared
Family and friends are coming together online to create a special keepsake. Every memory left on the online obituary will be automatically included in the book.

Look inside to read what others have shared

Family and friends are coming together online to create a special keepsake. Every memory left on the online obituary will be automatically included in the book.

You can still show your support by sending flowers directly to the family, or by planting a memorial tree in the memory of Stanley Gene VanMeter
SHARE OBITUARY
© 2023 Nutter's Mortuary and Cremation Services. All Rights Reserved. Funeral Home website by CFS & TA | Terms of Use | Privacy Policy | Accessibility